Qurio is a learning centre offering after-school courses in English, Chinese, Mathematics, and more for children from Kindergarten to Primary school.

Qurio’s innovative learning approach and curriculum were designed to complement and run in parallel with local schools. We help students to foster academic excellence today while preparing them for tomorrow’s success in a 21st-century society.

Watch this video for an introduction to Qurio featuring our course offerings and learning methods. See our teachers in action and how we use innovative teaching methods to maximise student engagement and learning effectiveness, both in-person and online!

預約體驗 I WANT A TRIAL !

IMMERSIVE ENGLISH ENVIRONMENT HELPED BUILD SON’S CONFIDENCE
George started off timid and was scared of English. After taking the English Enrichment classes at Qurio, he slowly came out of his shell and now enjoys the classes a lot. From refusing to speak English to now proactively asking Ms. Angela how to say certain Chinese words in English. Sometimes he would randomly blurt out a few English sentences in day-to-day life! The immersive English environment that he gets at Qurio is really valuable and the I’m glad that my son had such a positive experience and is happy learning.


After taking the English Enrichment classes at Qurio, Odin has grown a lot in his confidence and English speaking ability. He is always bubbly and excited for classes as he has so much fun in class. Qurio created a positive learning environment for him and he is not afraid to try and express himself in English. His Phonics has improved a lot. He used to only be able to recognise some English letters. Now, he can speak, read, and blend CVC words fluently!


Mr. Mike gives the most interesting and lively Zoom lessons. He can always keep students happy and engaged in class!


Chun Ting always says he is happy when he comes for English classes at Qurio. He is more aware and gets more and more comfortable conversing fully in English. He finds the interactive games of learning English fun and exciting and always asks for them. He also gets along really well with the teachers and students. He really enjoys the fun and happy learning environment created by Qurio. He started out only knowing single sounds and letter names. Now, he is able to recognise most CVC words, speaks with more confidence, and can blend words fluently!

EVEN TEACHERS AT SCHOOL HAVE NOTICED HIS IMPROVEMENT


The teachers in Darren’s school have noticed that his enthusiasm and confidence in speaking English has improved since starting lessons with Mr. Mark. Through the P2 English Enrichment and Writing Masterclass courses, he has grown in confidence to write and especially to speak out in class using English.


My wife and I have also noticed a jump in Jay’s recent progress, both in verbal and math related skills. More generally, we have been very happy that Jay has been enjoying the classes with you. He definitely looks forward to them. From the very first class, we noticed that Jay took very well to your teaching methodology and the energy in the classroom. I very much appreciate and intellectually enjoy the explanation of your and Qurio’s approach to teaching. it gives me confidence that there is purpose and concrete measures behind each lesson.


I have seen an improvement in Jasper’s Phonics skills since he began Phonics lessons with Mr. Mark at Qurio. He always gets excited before each lesson. I know Mr. Mark puts a lot of effort into creating engaging activities for each lesson through the comprehensive feedback and photos from each lesson. Jasper often says Mr. Mark is funny and makes him laugh!

IMPROVEMENT AND CONFIDENCE IN SOUNDING OUT WORDS


Serene has been showing interest immensely in class. I see her improvement and confidence in sounding out words. I would like to show my gratitude to Ms. Merian and Qurio.

ACHIEVED THE HIGHEST GRADE OF “DISTINCTION LEVEL I” IN GAPSK EXAM


Cayson used to be reluctant to learn Chinese. Surprisingly, after joining Qurio's Chinese Enrichment class, his interest in Chinese has increased and his Chinese character recognition ability has also significantly improved. The activity-based classes focusing on experiential learning made Cayson more willing to learn Chinese. Furthermore, before joining Qurio's GAPSK class, he had no motivation to speak Mandarin. Even during Mandarin lessons at school, he rarely proactively responded. However, when he was attending Qurio's GAPSK class, he gradually gained more interest in Mandarin and sometimes even tried to speak Mandarin at home. I am so pleased that he successfully achieved the highest grade of “Distinction Level I” in both the listening and speaking parts of the GAPSK exam!


My son loves joining Qurio’s Chinese class and he looks really joyful every lesson. His kindergarden teachers also noticed and praised the huge improvement in his Chinese speaking and writing abilities. They even awarded him the “Most Improved Student” award at he end of the semester. I am so grateful for the patient teaching of Qurio’s Teachers.

MY K3 SON CAN WRITE SHORT PASSAGES IN CHINESE NOW!


The interesting class activities and dynamic teaching made Alex love Qurio’s Chinese class and I am so thankful for the patient teaching of the Teachers. I’m amazed and can hardly believe that my son can absorb so much knowledge like a sponge. He even manages to write short passages in Chinese now! Also, I was so pleased that Alex was awarded the “Certificate of Merit” in his Chinese subject at school!

EVEN OUR PARENT-CHILD RELATIONSHIP HAS IMPROVED!


My son no longer hides under the desk whenever he sees Chinese comprehension exercises after attending Qurio’s Chinese class. The Chinese teachers at Qurio used many different interesting Chinese stories to regain and capture his interest in Chinese. Now, even our parent-child relationship has improved as I don’t have to throw a fit to get him to complete his Chinese homework! 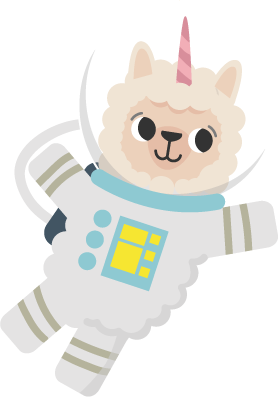 歡迎聯絡我們 SEND US A MESSAGE!