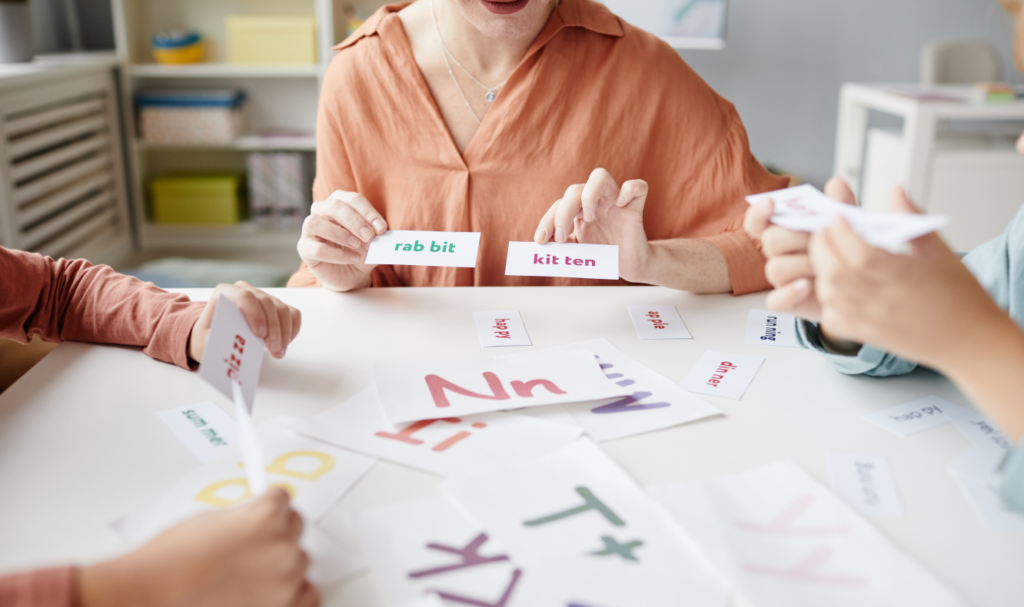 Did you know that there is an estimated 6,500 languages with hundreds of vowel and consonant sounds in existence today and one single human voice is capable of pronouncing all these? (Sousa, 2010)

Roger Sperry, an American neuropsychologist and neurobiologist who won the 1981 Nobel Prize in Physiology and Medicine discovered that the brain is divided into the left and right hemispheres. Sperry who was famed for his split-brain research discovered that the different hemispheres of our brain governs different functional specialisations (Kolb & Whishaw, 2016). The left hemisphere often governs language and phonological processing while the right hemisphere governs the emotional content of language. (Sousa, 2010) 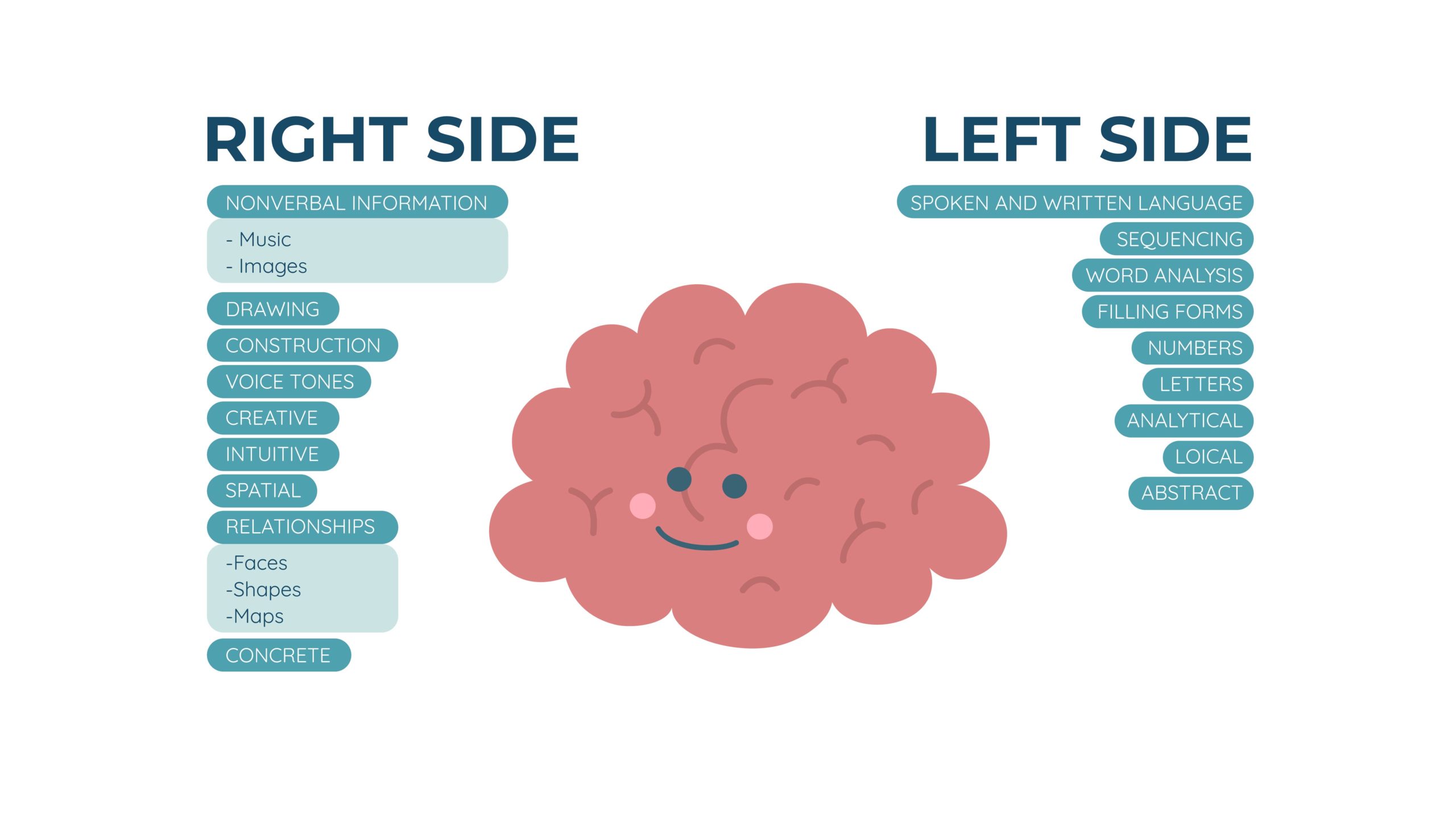 According to Karin Stromswold, a professor of psychology and cognitive science at Rutgers University, “there is reason to believe that children are actually already learning language prior to birth. The uterus is not a soundproof booth.” Newborn babies already have an understanding of the sound system of languages and can tell the difference between their mother’s native language and another language with different rhythmic pattern (Karcz, n.d.).

During the first 3 years of growth for a child, the spoken language development timeline looks like the chart below. Of course the rate of development may vary from child to child with some progressing faster and some slower. 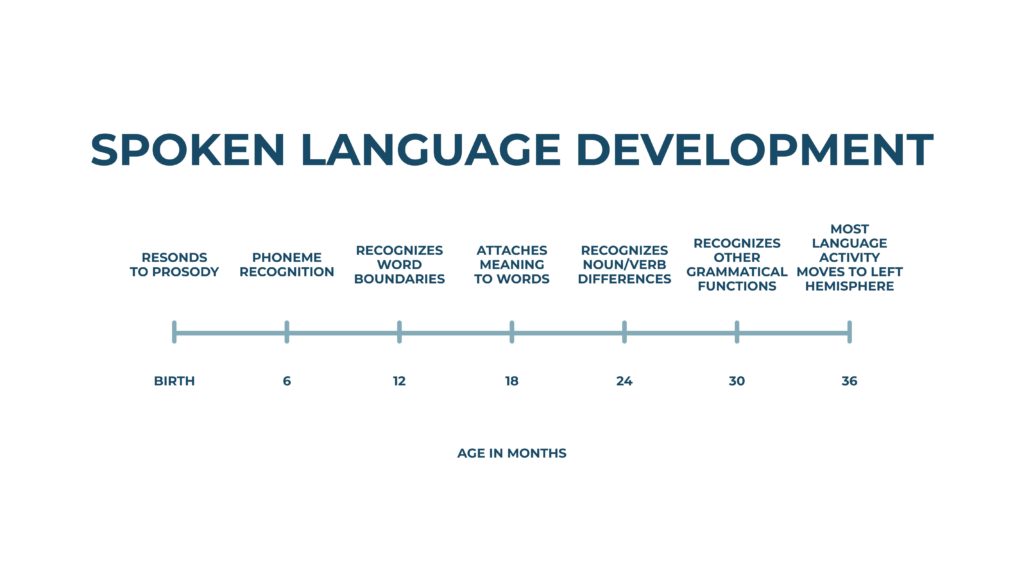 The saying “monkey see, monkey do” may hold more truth than we thought because children learn languages based on imitation. A baby’s brain records sounds as it listens to the sounds in the environment. Then, the baby repeats the sounds heard. It is interesting to note that the adult listener’s response to the sounds uttered by the baby will impact the baby’s decision to either repeat, modify, or discard the sound they just made. The mirror neuron system is what is responsible for the process of trying different sounds and evaluating adult’s reaction (Sousa, 2010).

Scientists discovered that the neuron firing patterns of a person just before carrying out a movement is similar to the pattern when a person saw someone else perform the same movement. This means that both the production and perception of movement are processed by the same area in the brain (Fadiga, Craighero, & Olivier, 2005; Iacoboni et al., 2005, as cited in Sousa, 2010). These mirror neurons are what helps babies not only imitate the movements, facial expressions, emotions, and sounds of their caregivers but also link the words they hear to actions of adults they see in their environment (Arbib, 2009, as cited in Sousa, 2010).

Phonemes are distinct units of sound that can be made by the human voice apparatus and there are only about 150 phonemes in all the world’s languages. Syllables are what you get when you combine phonemes.

Instead of responding to their mothers’ words, babies first respond to the rhythm, cadence and pitch (referred to as prosody) of their mother’s voice. This is followed by babbling, which is essentially phonemes, when they are around 6 months old and pruning of the phoneme networks begins soon after until around one year old, the sounds of the language being spoken in the infant’s environment are what the surviving neural networks focus on (Beatty, 2001, as cited in Sousa, 2010).

To speak and understand a language, we need to interpret sound – by starting with auditory input and ending with concept formation. The figure below presents a schematic representation of major neural components required for spoken language processing. 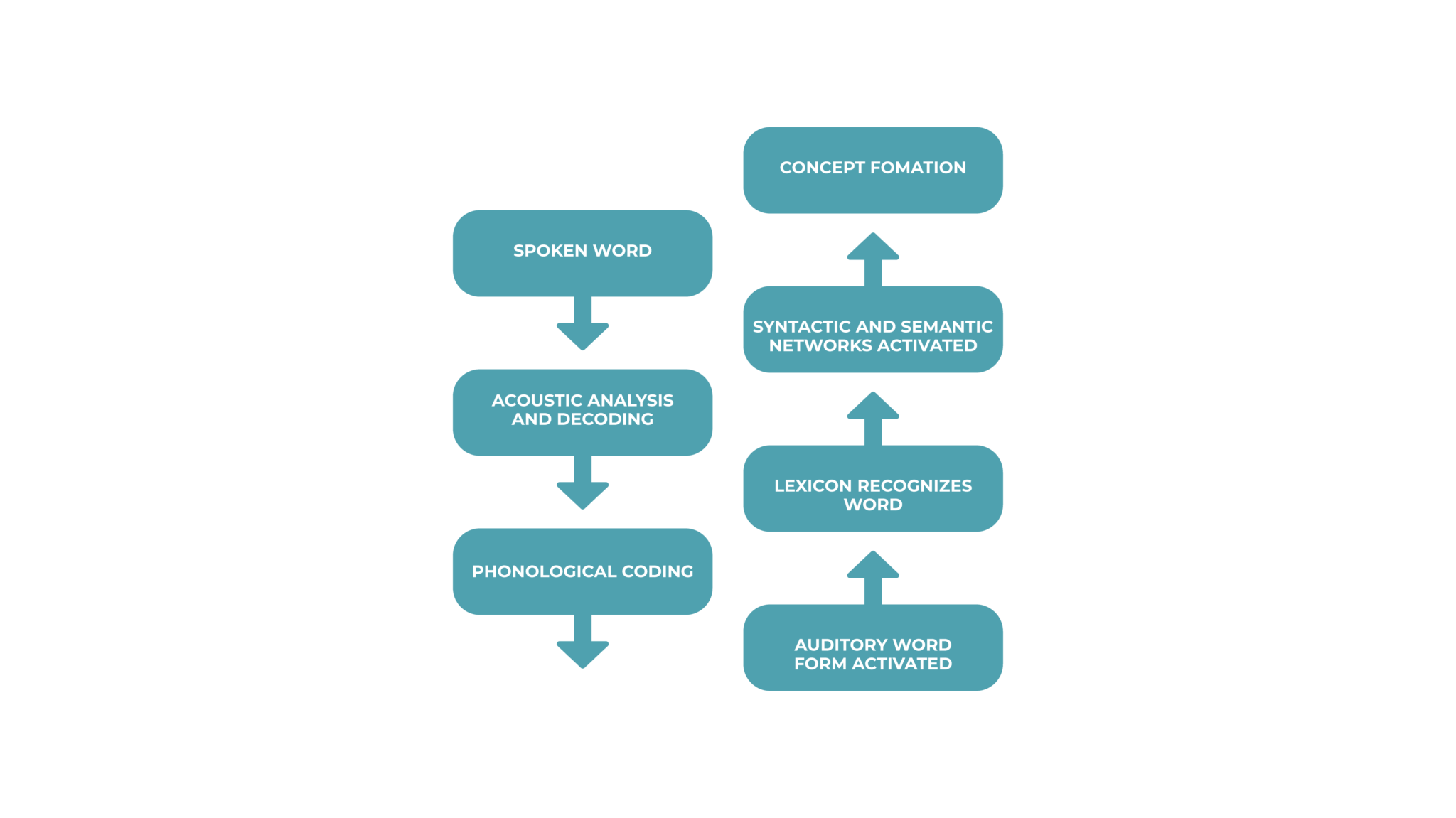 In a fraction of a second, this is what happens – our ear hears a spoken word and acoustic analysis separates background noise from the word we heard. Our brain then decodes the phonemes (distinct units of sound) of the word and translates them into phonological code so that our mental lexicon can recognize the auditory word form. Our brain’s lexicon then picks the best representation it has in store which activates the syntactic and semantic networks, leading to our brain forming a mental image (concept) of what the word represents. Feedback from higher to lower levels is also possible, not necessarily just in a linear fashion from bottom to top.